The Joint Admission and Matriculation Board, JAMB registrar, Prof. Ishaq has released the 2019 JAMB statistics, and they are as follows.

Speaking on the best performing candidate in the just concluded UTME, Prof. Ishaq says that a young man named Ekele Franklin, a 15-year-old boy from Imo state, is the overall best candidate in the 2019 Unified Tertiary Matriculations Examination (UTME) conducted between April 11th and April 17th.

The JAMB registrar said that the 15-year-old boy, Ekele Franklin chose the University of Lagos, (UNILAG) as his first choice and scored 347 out of the 400 Mark.

Recommended: After Releasing Results, Here’s What JAMB will Do NEXT

According to the Registrar, the second candidate with the highest UTME score is Emmanuel Chidebube, a 16-year-old boy from Abia State with a score of 346, While Isaac Olamide, a 17-year-old from Osun came third with 345 out of 400.

Speaking on the general performance of the candidates Oloyede disclosed that in all 2,906 candidates scored over 300 as against a total of 4,683 who scored above 300 in the previous year, 2018.

The JAMB boss further disclosed that more than 1.82 Million candidates registered for the UTME exercise, but 1,792,719 candidates sat for the exams, while 34,120 candidates had their results withheld for examination malpractice. He stated that 15,145 results were withheld for further clarification. Which means that there will certainly be a second batch of JAMB results released within the next few days.

The registrar, therefore, advised candidates to use the phone number which they used for registration and text RESULT to 55019 to get their results instantly, take note that you will be charged N50 per transaction. Professor Ishaq Oloyede identified a lot of infractions from candidates and Computer-Based Centres (CBT) owners ranging from multiple registrations, manipulation of biometrics and deliberate destruction of power sources during the examination to aid malpractice.

The JAMB boss disclosed that a total of 116 centers which participated in the 2019 UTME had been delisted for various infractions, saying that 18 of the 116 centers was previously sanctions by the governing board of JAMB. 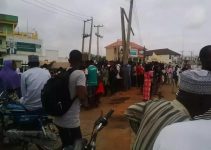 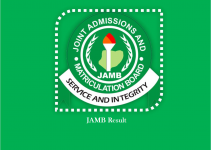