Here is everything you need to know about the Ahmadu Bello University Zaria – ABU JAMB cut off Marks for the 2017/2018 section. This page contains all information regarding the ABU Zaria Departmental Cut Off Marks and Points for admission into the academic session. Please take note that the Joint Admission and Matriculation Board, JAMB has officially set the Ahmadu bellow University, ABU Zaria cut off marks at 180. So I have decided to publish here, the complete list of ABU cut off marks for all courses and department.

The Joints Admission and Matriculation board (JAMB) now have the singular power of admitting candidates into Tertiary institutions in Nigeria, all thanks to the scrapping of the POST UTME by the federal government. According to information reaching our news desk, the JAMB has pegged the Abu zaria cut off mark of 180 and above for interested and inspiring candidates.

Please take note that if you scored 180 in the just concluded JAMB UTME examination, it does not guarantee your admission into ABU Zaria. You should be aware that candidates with higher scores are first considered when it comes to admission.

The school admission board disclosed that candidates with lower scores, even though they have meet the cut off mark of 180 may likely not be admitted. In fact, it is the higher your scores, the higher the chance of being admitted into this institution.

The Ahmadu Bello University Zaria departmental cut off marks for admission is shown below. However, if you scored 180 in JAMB, you are fully qualified and eligible for screening.

However, you should be aware that ABU Zaria do have lots of candidates seeking for admission into the academic institution. Please take note that the admission processes is competitive and an admission is given based on JAMB score and O level grades.

ABU Cut off Mark for all Courses

Please take note that the Ahmadu bellow University does not offer one Specific cut off mark for all courses. There are certain courses which requires higher JAMB scores compared with others.

ABU Cut off Mark for Medicine and Surgery

The Academic institution has disclosed that the abu cut off mark for medicine and surgery is set between 200 for all courses in the Medicine Department.

ABU Cut off Mark for Nursing

ABU Cut off Mark for Pharmacy

The abu cut off mark for pharmacy is 200. 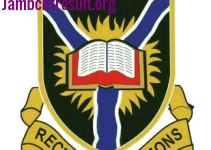 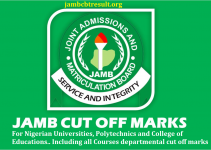